What is Cascara? In Between Coffee and Tea

The mystery new drink popping up in every café’s menu, and it’s called Cascara. What is cascara? Is it another type of coffee bean or a brewing method? Read on to find out what it is and to know what to expect when you order it.

Coffee beans are the seed of a coffee cherry fruit, and the husk that encapsulates the seed is the cascara. The coffee cherry fruit is yellow or red in color. Cascara gets its name from the Spanish word for husk or peel. It is a drink that is made from the coffee cherry husk. It is not brewed in the same way as coffee but is steeped in hot water for a few minutes before drinking just like tea. 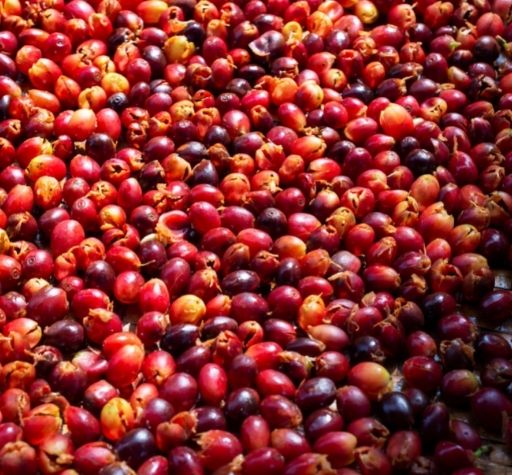 Cascara has been around for many years. Although it’s only starting to appear in coffee shop menus in the U.S., they have been making cascara in countries like Ethiopia and Guatemala using various preparation methods. 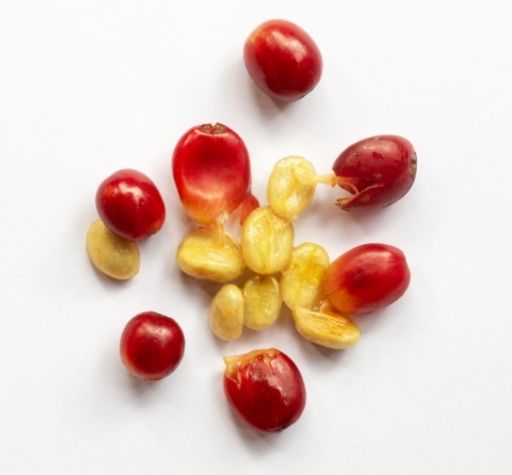 Its popularity in other countries can be attributed to the cost—it is not as expensive as coffee beans and is quite simple to prepare. It should be noted that there is no standard recipe. It’s not like an espresso or an espresso-based drink where recipes and proportions are quite standard.

How to Make Cascara Tea?

The husk of the coffee cherry fruit usually gets discarded, used as fertilizer or compost especially in places where the tea is not popular. However, more people are becoming aware of cascara and how easy it is to make.  Through a process called pulping, the seed (coffee bean) is taken out of the coffee cherry fruit, while the husk is set aside. The main product—the seed—is then roasted to make coffee, meanwhile, while the husk is dried and ground into flakes. 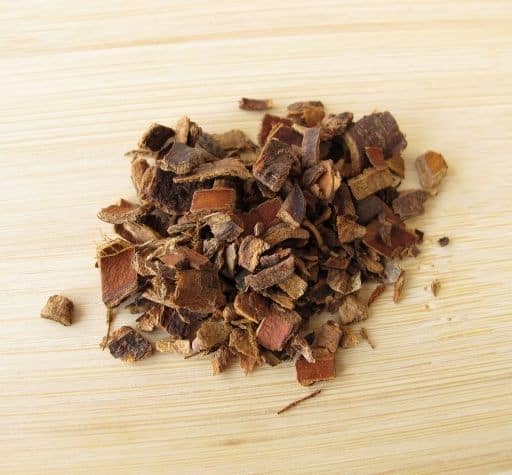 The taste has a quite fruity-floral flavor and is the perfect base for a new beverage. There are different ways of making this tea. Practices differ depending on the origin of the coffee cherry fruit. Here are some examples:

Locally known as Hashar, husks are roasted, then steeped in hot water for a longer period (compared to coffee) until the natural fruity flavor is extracted.

Locally known as Sultana, the cascara is sundried then toasted, then ground into little flakes (like tea): It is then steeped in hot water for about 5 minutes and infused with spices like cinnamon and cloves.

Put 20 grams of cascara into a preheated teapot. Pour in 400g of hot water then let it steep for about 4 minutes. Afterward, pour the tea into cups. This recipe makes 2 servings. Use a strainer to prevent tea leaves from entering the cup.

These are only three of the known ways in which to roast and prepare cascara. More research needs to be done on how other coffee producers make their (if they do). Surely, different varieties of coffee cherry fruit will yield a slightly different flavor when made into a drink. It also depends on the method of toasting and/or roasting when preparing the husks.

As mentioned in previous sections, cascara has a different flavor profile compared to coffee, even if they come from the same fruit. Although it’s a by-product of the coffee cherry plant, when it is made into a drink, it more closely resembles tea. When steeped in hot water, it has a notably fruity and floral taste—some claim that it has a natural sweetness to it. The strong flavors will shine depending on the proportion of tea and water used, as well as the length of time it is brewed. 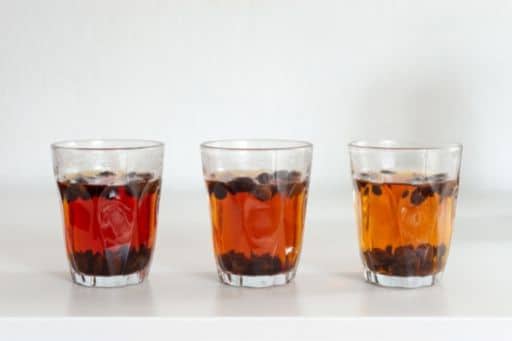 Like coffee and tea, cascara can be cold brewed. The recommended proportion of tea and water is six tablespoons of tea added to 10 ounces of cold water. This combination can be placed in a refrigerator to brew for 18 to 24 hours. After brewing, strain the husky tea leaves and enjoy! Of course, this recipe can be tweaked based on a person’s preference.

Although cascara and coffee are two distinctly different beverages, they do have a few similarities. Like coffee, the drink contains caffeine and has a high antioxidant content. However, that’s where the similarities end. Although it contains caffeine, it is only in a small amount—a lot less than an average cup of coffee. Do not drink cascara if you’re looking for a boost of energy.

These days, even the major café chains are quick to pick up on the latest coffee-related trends and innovations. Starbucks used cascara as a fertilizer. They already had the raw material, so when the discovery was made about the drink, they quickly put their spin on it: Cascara latte, which was first introduced into the menu in 2017. 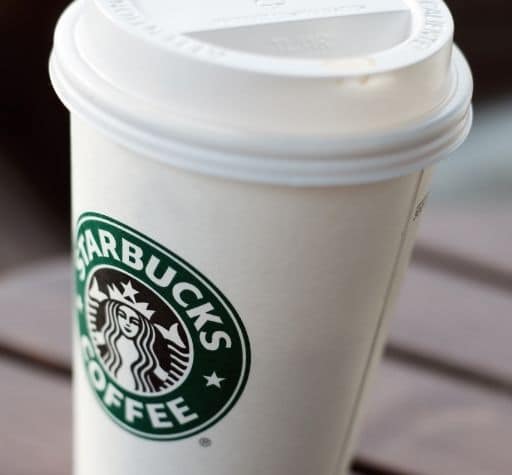 A cascara latte is made with the following ingredients: espresso, steamed milk, foam, and cascara syrup (also known as cascara sugar) with cascara topping drizzled on top. Since ground pure cascara might have a strong flavor, Starbucks made their own topping using cascara extract and sugar. It is added on top of the latte to emphasize the flavor as well as to add a decorative accent to the drink.

Since then, it has also been used for other recipes like the Cold Brew with Cascara Cold Foam. This is made using Starbucks’ cascara syrup, turned into a cold foam, then placed on top of cold brew coffee. With the success of these offerings, we can expect other coffee shops to follow suit and develop their recipes featuring cascara.

Availability and Other Uses

With each coffee bean comes a cascara husk, but surprisingly, not many coffee farmers and roasters include cascara in their offerings. However, over the past few years, it has been popping up in the menus of more cafes, showing the popularity is growing.

Aside from introducing cascara tea to the public, these coffee shops have shown other ways to use cascara. Like tea and coffee, the flavor of cascara can be used when making other drinks like syrups, carbonated drinks, and alcoholic beverages.

Baristas have a lot of room for creativity when working with cascara. It can be served as a hot tea, as a cold brew beverage, or as a flavoring for other drinks. Cascara syrup can be used as an alternative to simple syrup. It’s a surprisingly versatile ingredient—one that needs more hype from the coffee community.

Cascara Sagrada is Not the Same As Cascara

Cascara sagrada (also known as California buckthorn) is occasionally mentioned in conversations involving cascara. The question is, are they the same thing? No, they’re not.

Cascara and cascara sagrada are two very different products. We’ve discussed at length the features and background of cascara (the drink). When you’re searching the internet for information, you might come across cascara sagrada—a popular herb that is commonly used to treat constipation.

Cascara sagrada is a natural laxative. In the past, it was widely available for purchase as an over-the-counter drug. However, the FDA has voiced concerns about the possible long-term negative side effects of the supplement. There was also a lack of research about its long-term side effects. It is no longer sold as an over-the-counter drug and instead is available as a supplement. You will likely find them in supermarkets and health food stores. These days, health enthusiasts and those who have a plant-based diet use it as an alternative to the ones being sold by major drug stores, retailers, and pharmaceutical companies. 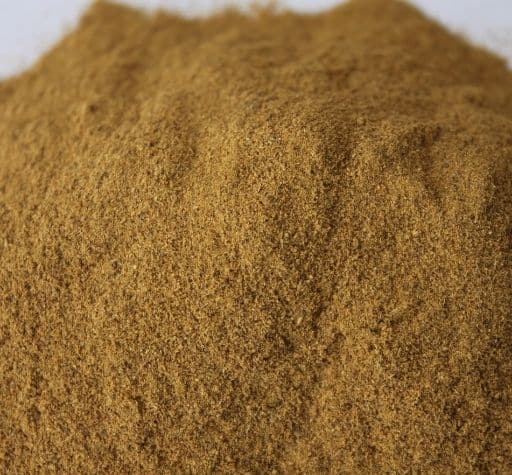 As with any type of supplement, taking cascara sagrada is considered to be generally safe for the liver if taken in moderation. However, it can be harmful if taken in high doses, in unregulated amounts for a long period.

Natural colon cleansing can be done by eating a well-balanced diet, one that includes a lot of green leafy vegetables, grains, and other natural sources of fiber. Taking probiotics helps with regulating bowel movement too! So taking this supplement might be a good option to consider if you need a boost of fiber—perhaps if you’ve done the natural methods suggested but are still experiencing constipation. 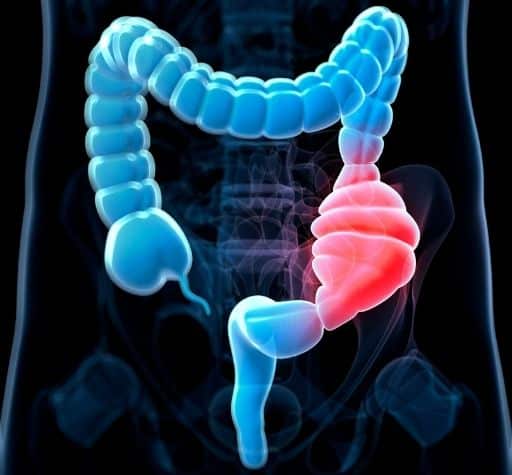 Holistic health specialists often talk about the importance of cleansing the colon regularly. Regular bowel movement is seen as a sign of good overall health. As people get older, metabolism slows down, and digestive complications pop up—this is where supplements can be helpful. Colon cancer and other colon-related diseases plague people of all ages. While colon-related illnesses are usually attributed to older people, younger people can get these illnesses too, especially if it runs in the family. No matter what age you’re in, many factors will affect your digestive system. If you’re an athlete on a high protein diet, you might benefit from taking colon cleansing supplements as a high protein diet may also cause constipation.

Like any other fiber-rich herb or supplement, taking it does not completely prevent colon cancer, however, it can be one of the preventive measures you can take to make sure that your internal organs are healthy, and that your body can get rid of waste.

Although it’s plant-based, it’s best to proceed with caution should you decide to take it. Having a clean bowel is key to good health, but make sure to take cascara sagrada only when needed as misusing it can lead to dehydration and other health concerns. Be mindful of the dosage. Do not take more than is recommended, and consult with your doctor, especially if you have other underlying health concerns

You Should Try Cascara Tea

To reiterate, cascara tea and cascara sagrada are two very different products. While both come from nature and have similar names, but that is where the similarities end. The tea is the drink that you should try, while cascara sagrada is an herbal laxative. They do not come from the same plant. 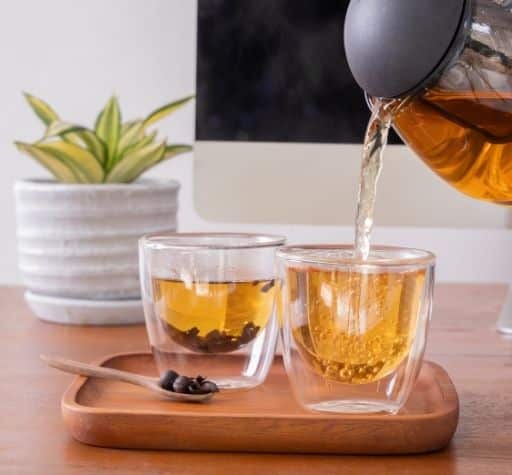 Cascara is that unique drink that is neither tea nor coffee. In recent years, it has been piquing the interest of coffee and tea drinkers because of its uniqueness. It is not exactly a tea because it’s not made of herbs, neither is it a type of coffee because it does not come from the seed.

Help coffee farmers make the most of their harvest. If there’s a demand for cascara tea, then coffee farmers and suppliers will do their best to meet the demands of the consumers. The best thing about it is, all the farmers need to do is to save the husks, roast them, and sell them as tea. They do not need to discard them.

The increased demand for artisanal coffee has led to many innovations and research on ways to enjoy coffee and to source the best beans. Likewise, people are becoming more interested in coffee alternatives. As people move toward discovering how coffee is enjoyed across cultures, they will bring it to their respective home countries to try out. At this point, cascara is still a novelty and has not yet reached the popularity of coffee or even matcha. However, given time and access, people will slowly become more familiar with it and eventually love it.

IF YOU’VE ENJOYED THIS ARTICLE, GIVE IT A PIN! 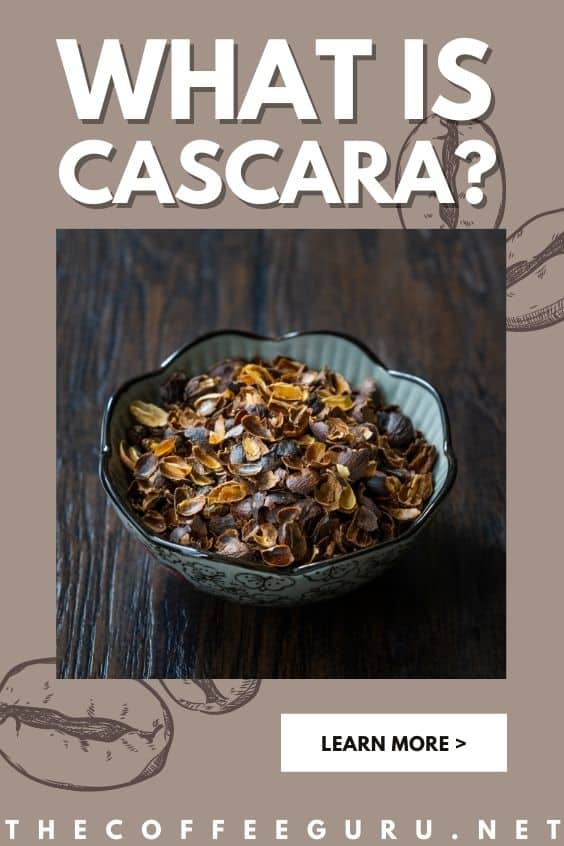 The post What is Cascara? In Between Coffee and Tea appeared first on The Coffee Guru.

Originally posted at The Coffee Guru

Kieran and I here at Above Average Coffee have had the joy of getting to try some bags of Coffee Friend’s Caprissimo range of coffee. Caprissimo is a coffee brand

Today on Interviewing The Coffee Industry, we introduce Jess Palmer, who unfortunately due to Covid, lost her job in the industry, but since then has bounced back by amazingly becoming

What makes Sumatra coffee so special and why do many people either love it or not? We’ve spent hours putting together our list of the best Sumatra coffee beans for